Flutter is a framework known for saving time for the developer, who will not need to code for each platform separately. Because it is hybrid, you can create digital products for multiple platforms simultaneously.

Using Flutter, large companies can develop apps for Android, iOS, and the Web at the same time, with a custom design for the user, bringing all the features without losing any of the quality.

Its highlight is that, even though it is new, it already has a great relevance in the technology market – which makes Flutter a framework in constant ascension.

Want to know how Flutter works and what its advantages are? Just keep on reading.

As already mentioned, Flutter is a hybrid framework, for developing applications for iOS, Android, Web or Desktop.

Its great performance is currently gaining focus for its main characteristics: speed, productivity and flexibility. Still, it is necessary to evaluate if a project and its goal are compatible with the chosen framework.

This is because, before starting a project of any size or complexity, it is best to think clearly about all of its stages.

And, when the subject is technology, we know that choosing a framework that is aligned with the product’s objectives is totally necessary.

On the one hand, despite being a more current framework than the existing ones, some companies still feel afraid to work with Flutter.

On the other hand, big players in the market are already using this technology and showing that it is possible to obtain great results with it.

Another interesting fact is that Flutter can be used for applications of different types and purposes. There are products with excellent usability that range from the mobility sector, through the financial sector, to e-commerce giants.

What is Flutter anyway?

Flutter is an open source framework with features optimized for various platforms, in a simple and democratic way, with varied functionality.

Created in 2017 by Google, its initial goal was to facilitate the development of cross-platform applications.

The idea of Flutter is to create, from a single code, applications that have performance as close as possible to native apps, generating optimization of results.

The language used in Flutter is called Dart, which is strongly typed and object oriented, which sounds very familiar to those who already have experience with OO languages such as C++ and Java.

In mid-2011, Google introduced the Dartlang language with the promise of simplifying the process of creating and designing interfaces, the UI.

From the beginning, the dart programming language was created for fast, cross-platform developments for applications.

Dartlang gained popularity with the name Dart, being used by frontends to develop web and mobile applications. A few years later, Flutter emerged as a framework.

It is very common to be confused regarding Flutter and its language, Dart. To put it simply:

Flutter is the framework. That is, it is a support tool for Dart, its standard language, used for application development.

With a robust base and qualified support, Dart has been growing its community and evolving gradually. It is one of the most promising languages in the national and international technology market.

With the arrival of Flutter, Dart has gained popularity and its potential performance gains promise excellent deliverables in time to value, with harmonious and testable interfaces.

It is essential for the ones that lead the innovation and technology area of a company to know how to identify the properties of each programming language.

Knowing how to recognize the benefits of each language for your applications leads you to the right choices.

Many developers prefer Flutter to React Native because React Native needs a bridge to communicate with native resources of each system it will operate in. Flutter, conversely, does not need this intermediary.

Another advantage of Flutter is that it has its own rendering system. A significant gain over other frameworks, which depend on a bridge to connect with native applications of other systems or their own native sources.

On the other hand, because it is a recent framework on the market, Flutter does not yet have a code base created by the developer community, unlike the React Native.

This is why a robust discovery and validation process is so important. Through several studies and research by technology experts, we can reach a conclusion on which framework will be advantageous for the project.

In addition, there must be specialized technical and operational teams investing in the 360° vision of the project, in order to execute it effectively.

Despite being a simple framework, to use Flutter it is necessary to have knowledge about its language, Dart, and especially of programming logic.

Is it worth creating a digital product with Flutter?

Flutter has unique competitive advantages that have been drawing the attention of big players and programmers around the world. Among these advantages, the most notable are stable APIs, improved updateability, and robust documentation.

Because of these characteristics, it is remarkable that the demand for Flutter development is increasing, both for programmers and for companies that want to create innovative digital products and services.

Flutter presents an advantageous performance in agility, ease of maintenance and bug fixing, but one of the big challenges of this framework is finding experienced developers, because it is new.

However, we can observe a strong growth of people interested in programming in Flutter, making it even more popular, increasing even more the search for companies that opt for Flutter.

For example, we can already count on large consolidated companies in the market that already have applications using Flutter, among them are: Google, Nubank, Toyota, BMW, Alibaba, Ebay, and many others located around the world.

Its flexibility is so great that it involves applicability in almost every industry without sacrificing features and performance quality. From payment solutions to e-commerce platforms to large digital banks.

And for companies offering these advanced technology products or services it is important to have a complete understanding of the subject.

The cost of an in-house cross-functional team is often high, so they turn to great partnerships.

ília has expertise in several stacks and among them we have Flutter. Want to know more about what Flutter is and how this framework can be the differential in digital products and services? Access: ilia.digital

How ChatGPT can impact corporate education

The focus of this experiment is to discover how artificial intelligence can collaborate with and revolutionize corporate education.

Web Summit Lisbon: technology and innovation from a humanized point of view 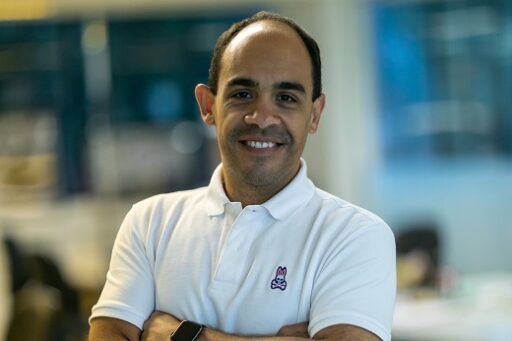 Held in California, the meeting gathered more than 40,000 people and discussed trends in the customer experience